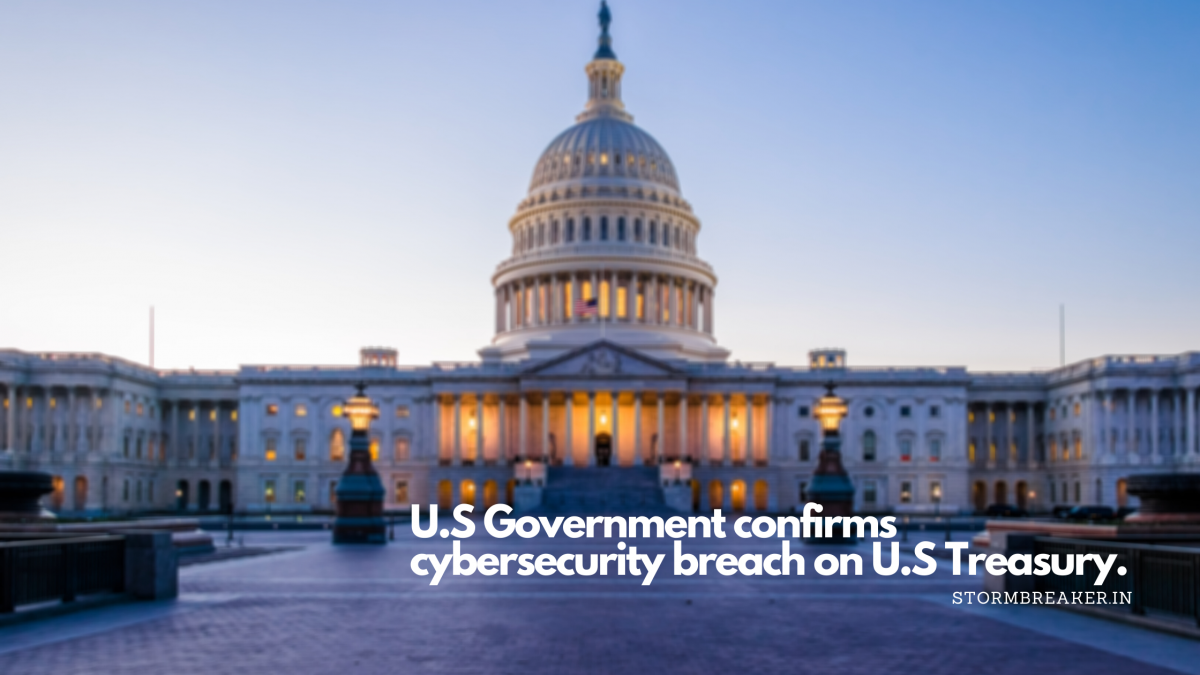 What did the officials say?

“We can confirm there has been a breach in one of our bureaus,” a commerce spokesperson told to CBS. John Ullyot, National Security Council spokesman, said “The United States government is aware of these reports and we are taking all necessary steps to identify and remedy any possible issues related to this situation,” in an email to CNBC.

According to the sources of Reuters, they said russia is currently believed to be responsible for the cyber attack. The people associated with the investigation said to reuters they feared the hack that has been discovered may just be the tip of the iceberg.

A CISA spokesperson said, ” We have been working closely with our agency partners regarding recently discovered activity on government networks. CISA is providing technical assistance to affected entities as they work to identify and mitigate any potential compromises.”

Here’s a tweet thread from the former head of CISA, Christopher krebs on the incident:

And here’s the tweet from the Cybersecurity and Infrastructure Security Agency(CISA):

What is the cause of this attack?

as per CISA’s press release “The compromise of SolarWinds’ Orion Network Management Products poses unacceptable risks to the security of federal networks,”said the acting Director Brandon Wales. “Tonight’s directive is intended to mitigate potential compromises within federal civilian networks, and we urge all our partners—in the public and private sectors—to assess their exposure to this compromise and to secure their networks against any exploitation.” Reuters reported that from the commerce department, National Telecommunications and Information Administration had specifically been affected.

FireEye, recently released a report on their blog post stating that it had discovered a “global intrusion campaign” which FireEye named “widespread“. This report is being used to link up this cyber attack as it mentions the vulnerability of SolarWinds products being used in corporations and Government agencies. “The actors behind this campaign gained access to numerous public and private organizations around the world,” FireEye said. FireEye is also a victim of a cyberattack which it faced last week.

What is SolarWinds company? What did they say about the incident?

Solarwinds is a company which provides tech services to government agencies, corporations in USA. The company had also acknowledged a potential vulnerability regarding to their software update released previously. SolarWinds CEO kevin Thompson said,”We are aware of a potential vulnerability which if present is currently believed to be related to updates which were released between March and June 2020 to our Orion monitoring products.”

He also added,”We believe that this vulnerability is the result of a highly-sophisticated, targeted and manual supply chain attack by a nation state. We are acting in close coordination with FireEye, the Federal Bureau of Investigation, the intelligence community, and other law enforcement to investigate these matters. As such, we are limited as to what we can share at this time.”

What should you do to prevent yourself/company from such cyber attacks?