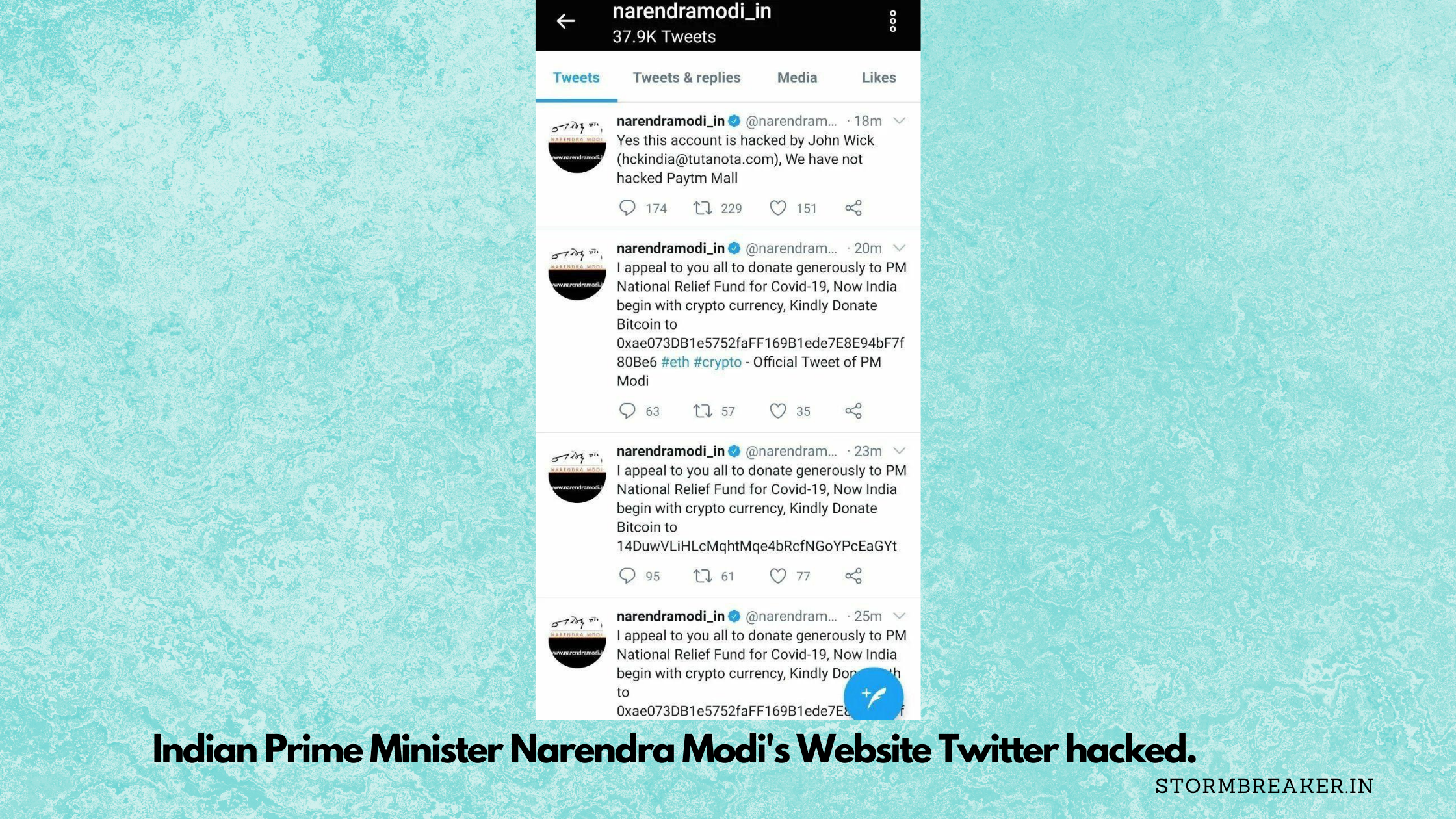 Today, on 03rd September, Weird tweets were being posted from the Indian Prime minister, Narendra Modi’s account. The account is followed by 2.50 million followers. However, his personal twitter handle, which has more than 61 million followers is said to be unaffected by the hack.

There were multiple tweets being posted from the twitter handle which seemed unusual. The series of tweets that were posted were asking its followers to donate bitcoin to a specific cryptocurrency address.
Here’s a screenshot of the same:

As it can be seen above, The account hijacker has impersonated the twitter handle and is asking for donation in the name of “PM National Relief Fund” on a specific address in bitcoins. How was the hijacker able to access this account is yet to be known but the pattern is similar to the previous twitter hack we seen last month. The hijacker claims to use an online moniker name as John Wick.

Twitter said it is aware of the situation and has taken preventive steps to secure the account from the grips of the hijacker. “We are actively investigating the situation. At this time, we are not aware of additional accounts being impacted”, a Twitter spokeswoman told BBC.

Twitter has taken down the tweets which asked followers to pay in bitcoin for preventive measures to control the damage.

Is there a pattern behind such attacks on VVIP Twitter accounts?

During the investigation of this hack Twitter had informed that this attack was done using internal tools which only employees had access to and also assured to tighten the security and preventive measures for future. Despite some perpetrators were caught including a teenager, They were able to scam more than $100,000 US.

Why do Such perpetrators ask for bitcoin?

Bitcoin, ether and many other type of digital currency comes under the category of Cryptocurrencies, which are not monitored or controlled by any central authority. That means, The transaction between person to another is not traceable by any means. This is the reason, why cyber-criminals prefer to scam or ask for ransom in cryptocurrencies, more precisely in Bitcoin.

What should you do if you think your account is/can be affected by such incident?
In this case, First check for the signs of compromise: