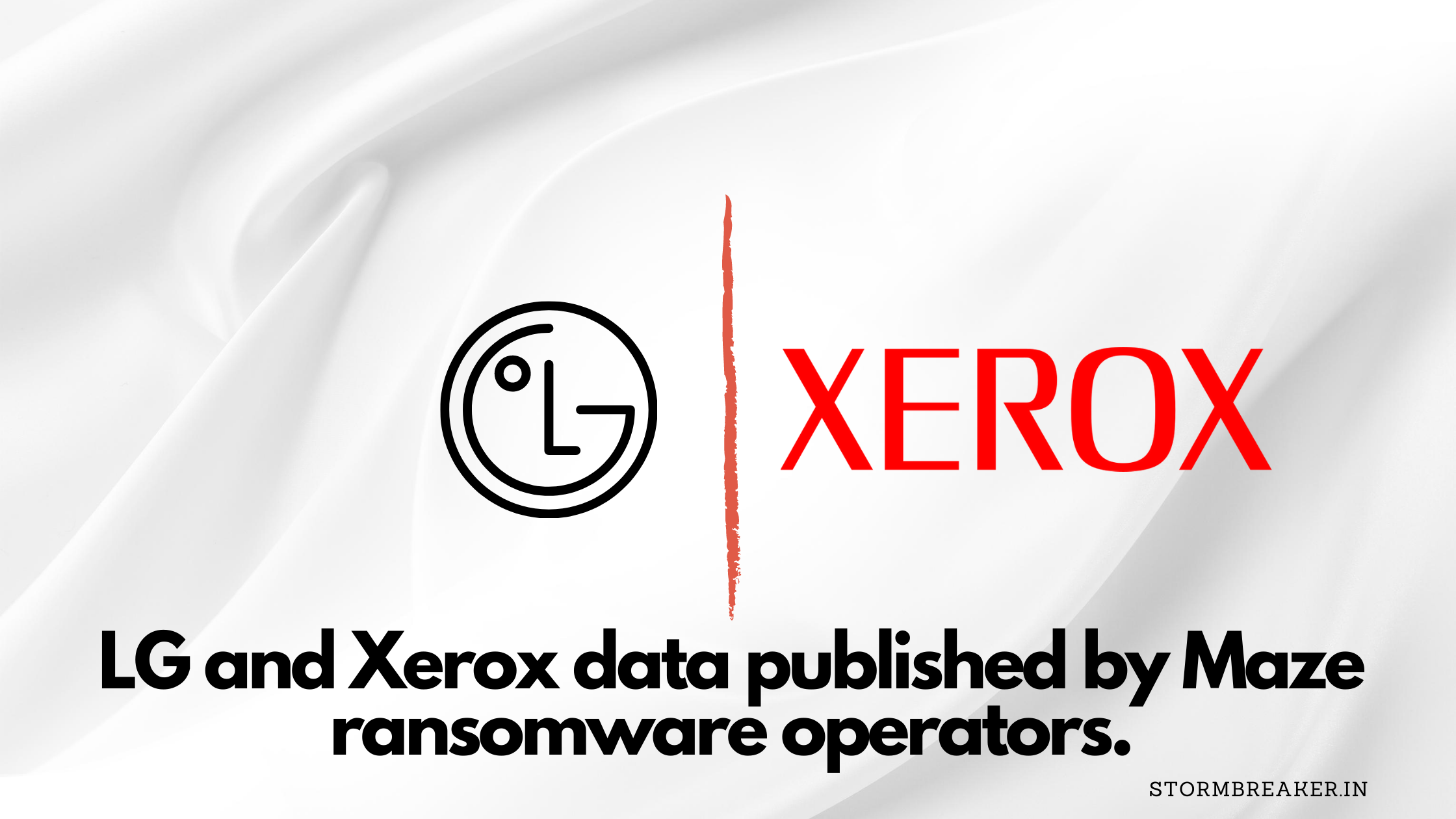 What happened?
With so many ransomware operators going on active and targeting corporations for money, Operators of Maze ransomware recently published data of 2 corporations on their blog. These two corporations were LG electronics and Xerox.

Maze ransomware operators usually threaten their targets after encrypting their data in order to receive the ransom they want before they make the same data public online. In the recent weeks, the ransomware operator group posted a statement where they warned the companies to not try to recover their files from backups. It was during that time they announced about LG Electronics leak.

Is the data released by the ransomware operator group real?
According to the reports of the researchers from ZDNet, it is confirmed with the source code for the firmware of various LG products in the leak, that the data is truly from LG electronics.

The news of the cyberattack on Xerox was not confirmed by the company until early june when the ransomware group released proofs of their work.

What more damage has been done to the corporations affected?
Apart from the data leak and posting of the company data, it is still unclear about how deep was this attack and up to what extent was this attack done.

What measures can you take to prevent such scenarios:
Data breaches, Data leaks, DDoS etc can be quiet damaging to not only the finances of a organisation/individual but also affects their reputation and other aspects in the industry. There aren’t any proactive counter measures which can help you during such attacks though. Hence it is always better to prepare, as Prevention is better than cure.