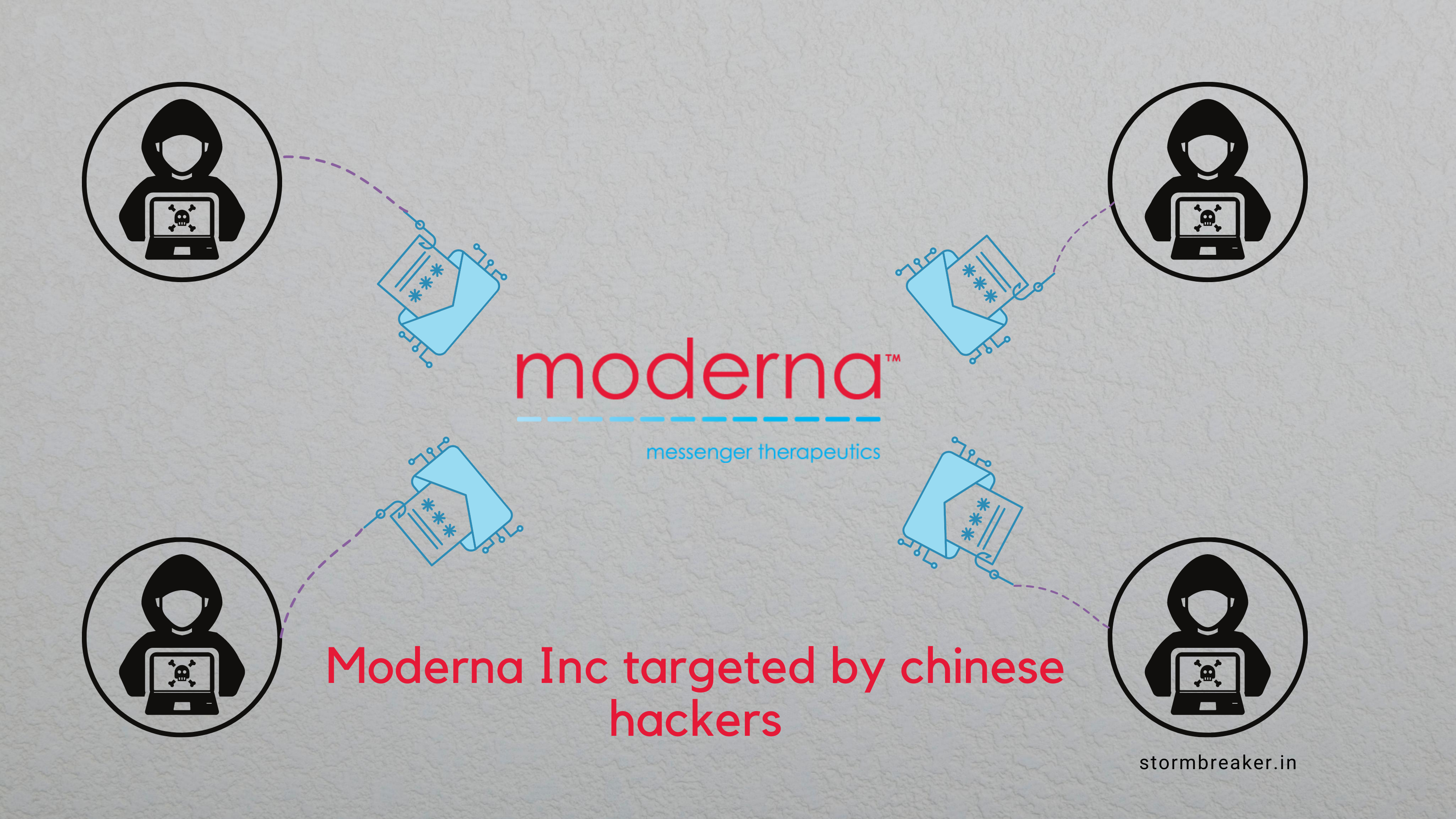 What happened?
According to the report of The New York Times, Hackers with the links to the Chinese government targeted Moderna Inc, a biotech company which is at the moment working on a coronavirus vaccine. This cyber attack was done on the company with the intention of stealing their valuable research data, according to a U.S security official.

Why did the attackers targeted this company?
Last week, we had posted about the chinese spies who were charged with multiple charges including extortion and stealing secret data of many companies by hacking the firms in order to extort them of money[you can read that post here].

What things did the company has to say?
According to Nytimes, Company spokesman Ray Jordan said,” Moderna remains highly vigilant to potential cybersecurity threats, maintaining an internal team, external support services and good working relationships with outside authorities to continuously assess threats and protect our valuable information,” declining to say any more detail.

Another reason for targeting Moderna Inc, could be because its vaccine was one of the earliest candidate to fight pandemic and was ahead in researching and doing clinical trial phases compared to the other companies in the world. The company is said to be going into the final stage of its clinical trial of upto 30,000 people. Another reason could be that the U.S government has supported the company’s vaccine development program by providing around 0.5 billion dollars.

What does China has to say about it?
The Chinese government has denied its role in any such hacking activities. According to reuters, the Chinese embassy spokesperson has not addressed their specific questions sent by them via email.

Were there more biotech companies targeted?
According to the last indictment of week’s judgement against the 2 Chinese spies, there were two more unnamed medical research companies described as biotech companies based in California and Maryland, both of which were also working on research related to the coronavirus.