47 Chinese apps banned this week while a new list of 275 apps awaits. 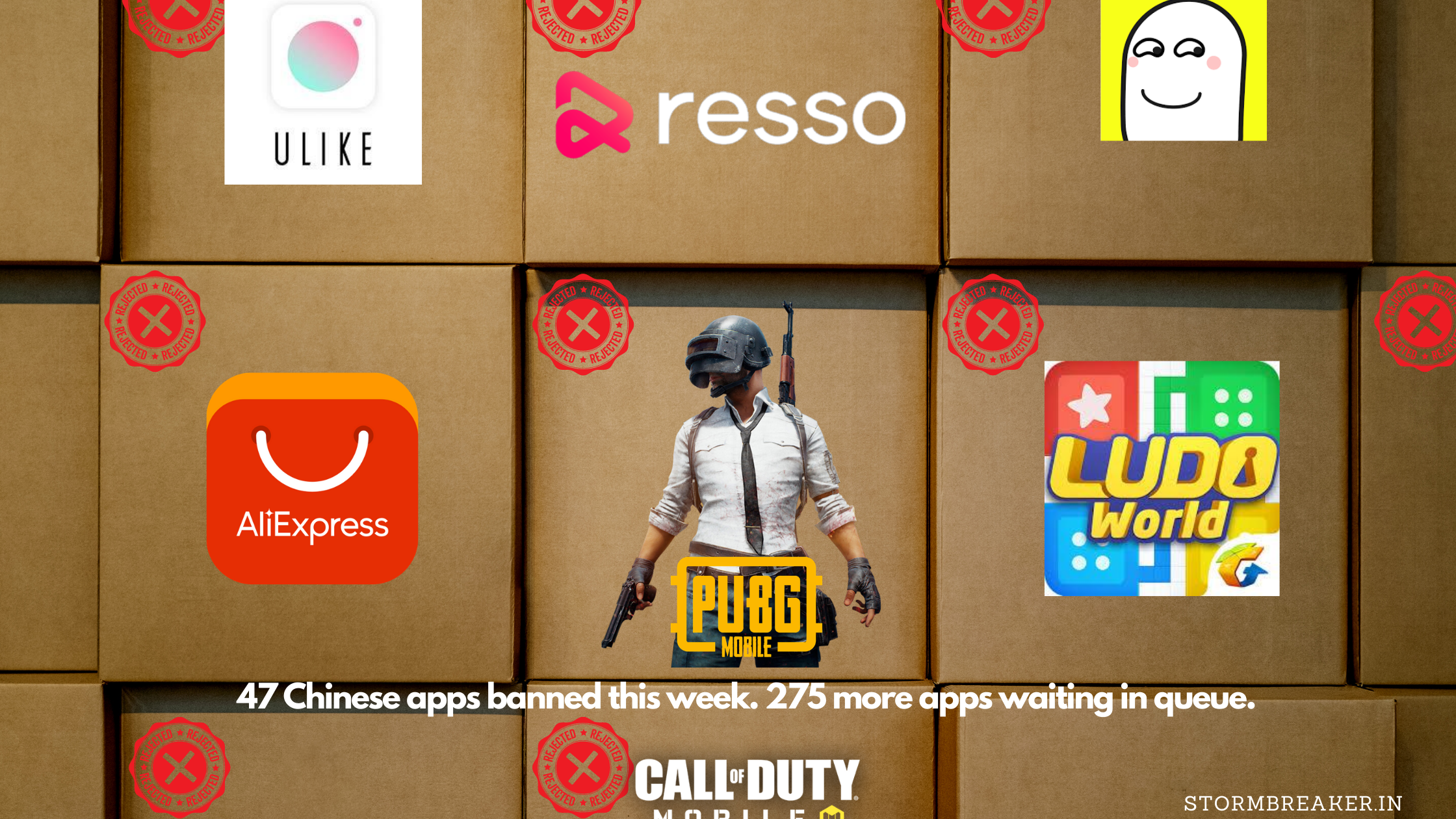 What did the government say?
According to The Economic Times report an official explained, ” Some of these measures have been red-flagged due to security reasons while others have been listed for violation of data sharing and privacy concerns”.

What about the other list government of India is preparing?
About the other list, it is believed that, A list of about whooping 275 Chinese apps is being prepared for the next round of review. This list of apps include gaming apps like PUBG mobile, Call of Duty Mobile by Tencent, a Chinese internet giant corporation, Aliexpress by alibaba, Resso and ULike by ByteDance, owner of TikTok.
List also includes apps from other Chinese internet companies like Perfect Corp, Sina Corp, Yoozoo Global Meitu etc. List also contains 14 MI apps by Xiaomi. Now the large list also consists companies from other countries for ex, Supercell which is an Helsinki based company but has investments by Chinese technology companies.

Why is the government taking such steps?
Indian government will examine for any violation of national security and user privacy, signalling heightened scrutiny and the possibility of more Chinese internet companies being banned in the country. Earlier when the previous list was released for 59 apps, India had cited threats to national security and public order while on the other hand, China criticised the move, saying it was “strongly concerned” about the ban.

This move intensifies the action of the Indian government being taken against Chinese companies, While there are still border tensions with China going on in the LAC area of Ladakh region.