Shame: Ex-employee Deleted the data of 18000 covid patients, stole billings of 300,000 patients because of salary cut. 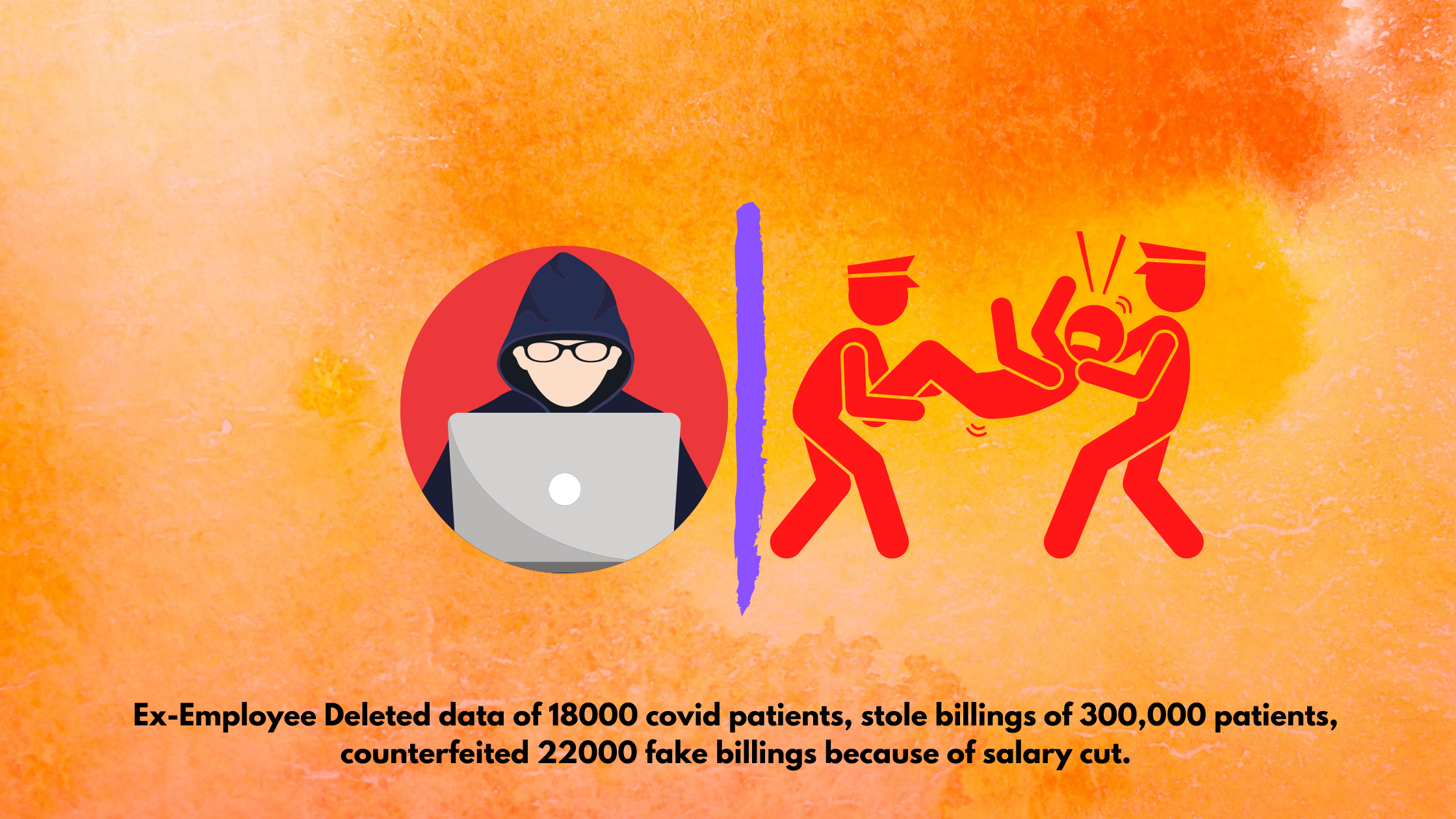 What happened?
A 35 year old man has been arrested by the Delhi police cyber cell for allegedly hacking the system of his former company. One of his intentions to do such a crime was that, He thought he might be recruited by his company again since his sacking during lockdown.

How did the incident occured?
CEO of the company Kunal Aggarwal gave statement to the police that the database of his company was hacked and some information has been deleted, which included information of both covid and non-covid hospitals. later according to the thehindu report police registered FIR under IT act.

The police team during ongoing investigation traced an IP address of the alleged hacker which was of the person named Vikesh Sharma. After identifying the person, he was arrested.

What does the police have to say?
The police said, culprit during interrogation told that he worked in the same company as a senior software engineer but was fired during lockdown due to an argument on his salary hike. He further says, since he knew the system and the network from inside, he devised a plan to cause the company financial loss so that they hire him back.

Deputy Commissioner of Police, Vijayanta Arya said, “He also said that he made four cyber attacks and deleted 18,000 data items regarding patients, billing information of approximately 3 lakh patients and made false entries of around 22,000 patients.”

Which company was victim of this hacking. What actions has been taken against the hacker?
Easy solutions pvt ltd is the company which was hacked by its ex-employee. What we know is that this company deals with handling databases of multiple organizations in different sectors like Education, Business and Health. Also this company provides different IT services and IT solutions to various businesses and organizations.

The culprit, on the other hand is now in police custody and an investigation is still going on regarding how did he pulled off this crime and were there anyone else who helped him do so.